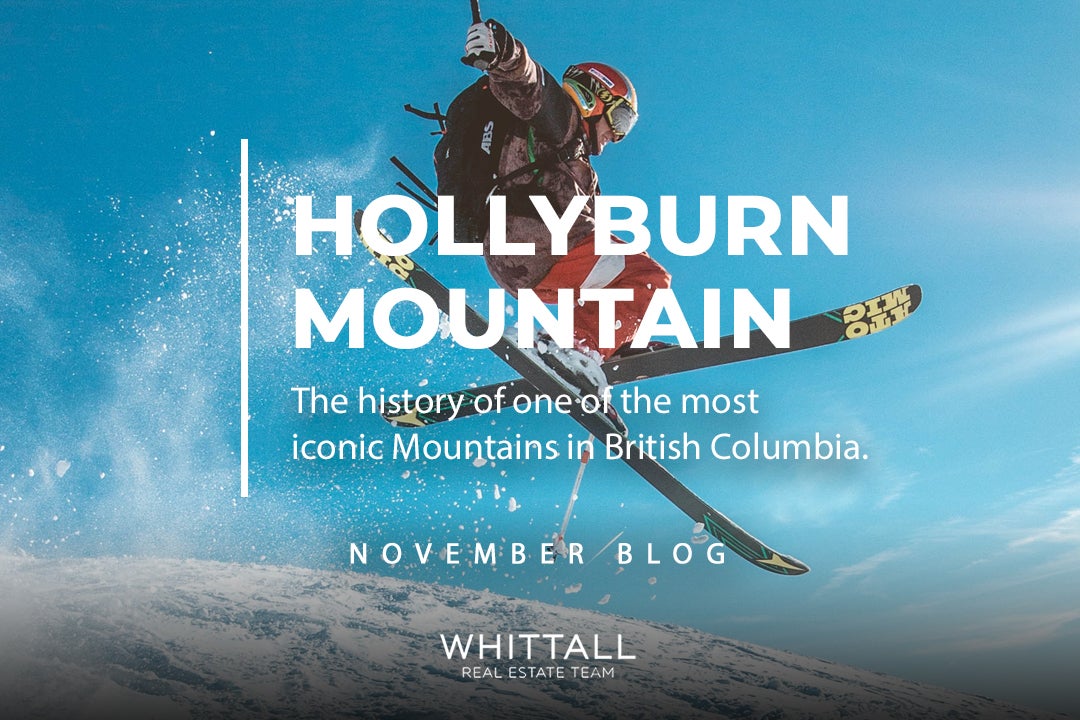 Can you believe it is just over 40 days until the end of 2020?! Wow. Time flies.
We absolutely love this time of year for so many reasons, but one of the biggest being that Cypress Mountain opened on the 14th! One of our favorite spots to ski and snowboard as a family, and every time there is snow in the forecast or Cypress gets mentioned, we have to pinch ourselves as it is right in our backyard!
For this month’s blog, we are going to dive into the rich history of Hollyburn Mountain, how it transformed into Cypress to become a major part of Vancouver’s identity for over one-hundred years, and why ski season is a great social distancing activity!
Hopping in a time machine and going back to 1912, Botanist John Davidson named what was at that time Mount Vaughen to Hollyburn Mountain while he was conducting a botanical survey, and just a short eight years later, the Hollyburn Pacific Ski Club was formed with over 100 members. 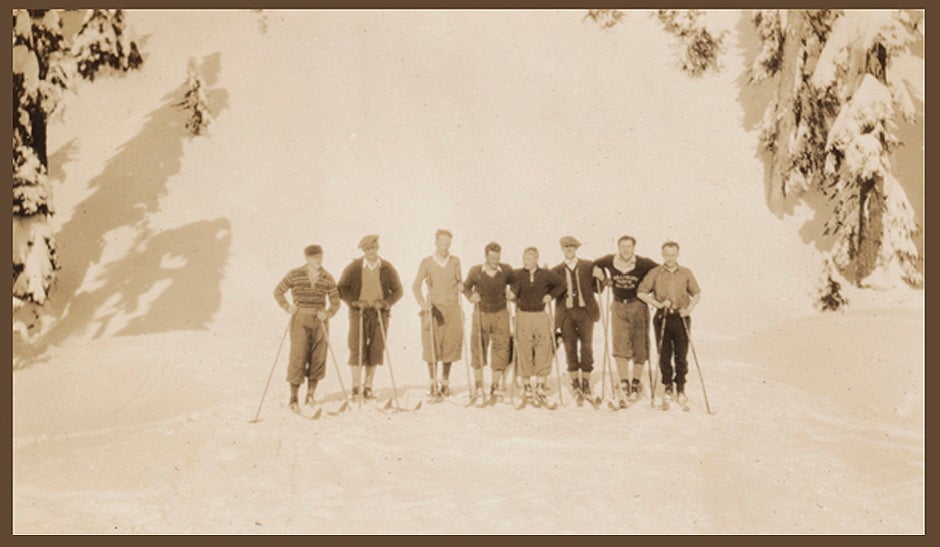 Hollyburn Mountain in 1932 via hollyburnheritage.ca
The club was for both men and women, and they held the first-ever race in March 1927, which started at First Lake, then climbed the Hollyburn plateau and finished back at First Lake.
Much like today, ski racing was huge back in the day, and those races attracted people from everywhere, which eventually lead to the creation of the Alpine ski and revamped Nordic area in 1975.
Cypress Mountain, as we all know the area today, is made up of three mountains; Black Mountain, Mount Strachan, and Hollyburn Mountain. After BC Parks decided to name the area a provincial park and official ski hill in 1970, there has been tremendous Alpine/Nordic competitions there ever since.
Most notably, in 2010 for the Olympic Winter Games, Cypress was the venue for the Freestyle Ski and Snowboard competitions where Jasey Jay Anderson’s Gold medal in the Men’s Parallel Giant Slalom set the world record for the number of Gold medals won by a host country.
Skiing is such a great sport that everyone young or old can partake in, and this year, with the hill now officially open, there are social distancing protocols in effect. 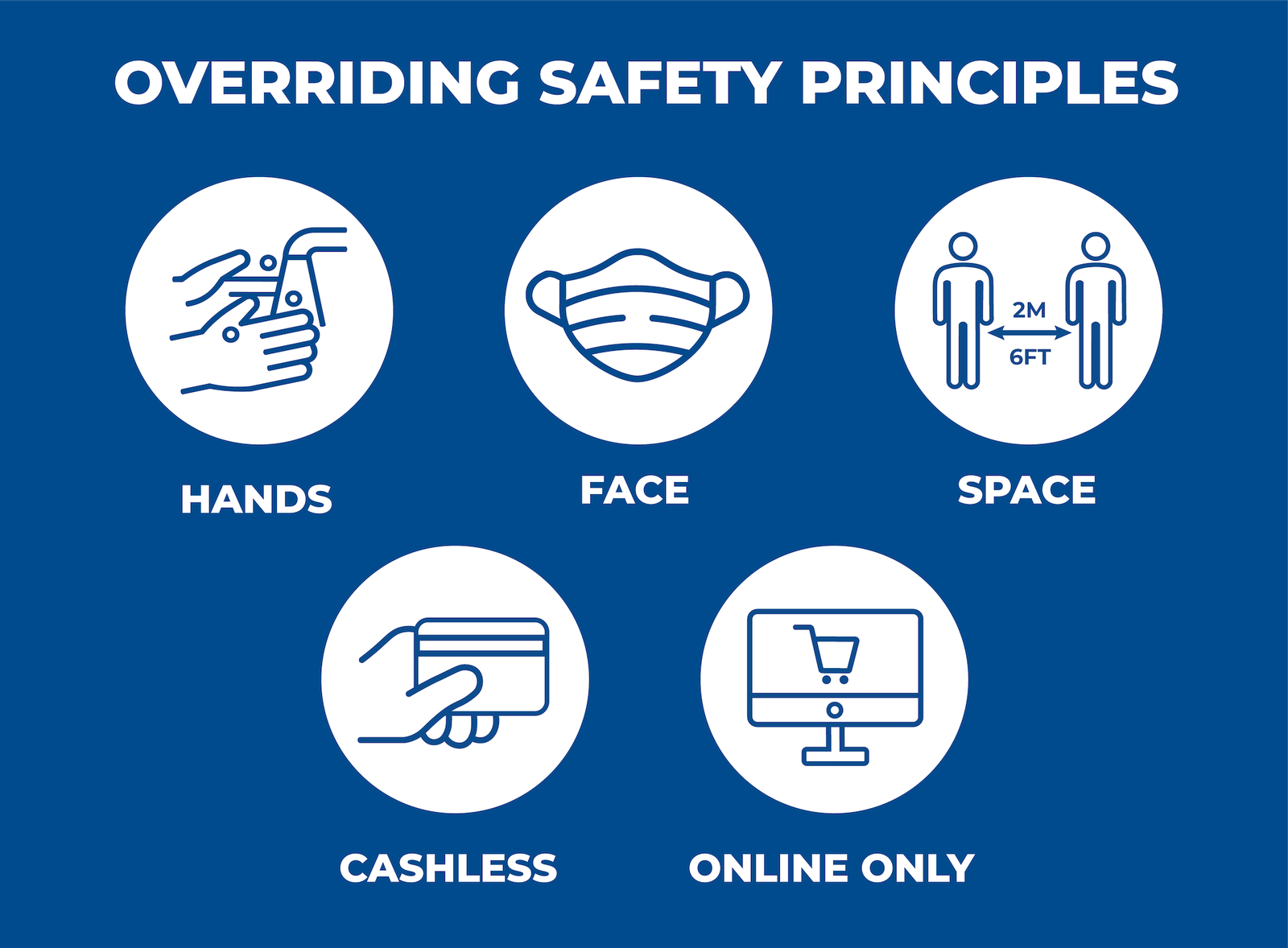 To see the full list, click here.
While things may be a little different on the slopes this year, there is TONS to get up to at Cypress that follow protocol like snowshoe adventures, Cross Country Skiing, Gnarly’s Snow Tube Park, and for downhill skiers/snowboarders, there is over thirty-four centimeters of fresh snow as of November 14!
We hope you enjoyed this month’s blog on the history of Hollyburn Mountain and its stamp in history here in Vancouver; we will definitely be hitting the slopes as often as we can this winter, and hey, maybe we will see you there! As we head to the end of the year, make sure you are getting out and enjoying yourself safely, washing your hands regularly, and wearing your mask so that we can collectively help local businesses through this time!
It is going to be a big finish to the year in terms of real estate for us as there are many people already looking to purchase their ski property or winter cabin, so if you or anyone you know is looking to Buy or Sell this winter, remember that referring us is one of the best compliments we could ever receive.
We look forward to talking soon!
ITCHING TO GET AWAY?

We have been seeing many of our friends, clients, and family itching to get away this winter, and we were thinking that this year would be the PERFECT year to travel to Whitehorse and take in the absolutely breathtaking northern lights – something that you will never forget. If you are looking for an amazing getaway, we recommend contacting them as they are operational during this time.
www.northerntales.ca