August 2019 Edition | The Turbulent History of Our Ferry System & More 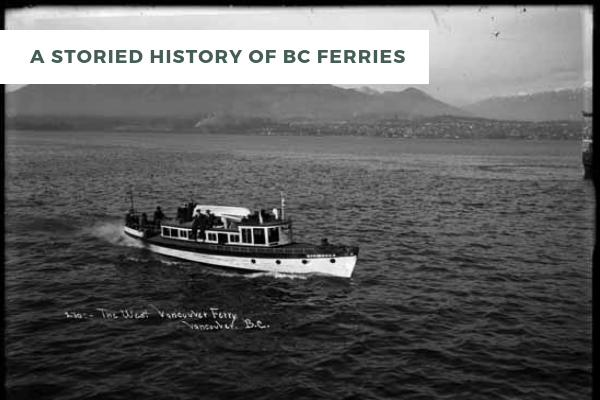 August 2019 EditionLiving in BC, it is all too easy to take an expansive ferry system for granted. While many of us have legitimate gripes about ferries being late, cancelled, too expensive, or overly crowded, we also have a lot to be thankful for. The BC Ferry system has expanded to be the largest passenger ferry line in North America and the second largest in the world. Without these vessels of the sea, many places in BC, particularly those without road access, would be out of reach for most.

So we thought this last summer month was worth doing a kind of ode to the ferry. It's a history that is not without its fair share of turbulent waters.

Our ferry system actually dates back to around 1827 when the Hudson's Bay Company was running services between the Lower Mainland and Vancouver Island. By the 1860s plans were afoot for railway bridges across the Strait of Georgia that would link the Lower Mainland to Vancouver Island, and thus render ferries significantly less important. While concepts have been afloat even as recently as Expo 86, the combination of fears of further urbanization of Vancouver Island, engineering challenges of the Strait itself, and costs have meant that plans never got much further than the drawing board.

So ferries remain our past and future. In the early days, the vast majority of the vessels in the fleet were built in B.C. waters, although not so today. For the first half of the 20th century the Canadian Pacific Railway's ferry service transported passengers on the five-hour! journey between Downtown Vancouver and Downtown Victoria on these BC built ships.

By the 1950s, significant changes were afoot. Following WWII, it had become clear that the growth of car ownership meant that ferries needed to find a way to transport vehicles in addition to people. If you read the The Coast News on August 11, 1951, you were treated to an article describing the "kiss of awakening for the sleeping beauty that is the Sechelt Peninsula." It's hard to fathom it now, but that awakening moment was the arrival of the first drive-on/drive-off car ferry service to the Sunshine Coast, which forever changed the amount of development there.Seattle-based Black Ball Ferries began transporting passengers from Horseshoe Bay to Nanaimo, the Sunshine Coast and Jervis Inlet south of Powell River cars and all. And with it, the spread of tourism and vacation homes across British Columbia.

Amidst ongoing labour dispute that had crippled ferry service, BC Premier W.A.C. Bennett invoked the Civil Defence Act and seized the Black Ball ferries in 1958 claiming "the government of B.C. is determined that in the future, ferry connections between Vancouver Island and the mainland shall not be subject either to the whim of union policy nor to the indifference of federal agencies." By establishing its own docks (including building the artificial island of the Tsawwassen terminal), access routes, and the formal purchase of the Black Ball Ferries in 1961, the provincial ferry operation was on its way to establishing itself as the B.C. Ferries we know today.

Marine engineering marvels continued to be a part of the expanding ferry system. In 1970, four of the major vessels were cut down the middle so that an 84-foot midsection could be "spliced" in. Five years later, four major vessels were hauled back into dry dock and sliced horizontally so they could add a new upper car deck. These innovations have come to be known as the "stretch and lift" program. Starting in 2016, BC Ferries began adding dual-fuelled/hybrid (diesel, liquefied natural gas and battery) ferries to its fleet.

What started as two ships with a couple hundred employees, BC Ferries now has 35 vessels covering 47 destinations having transported over 700,000,000 people across our waters. So the next time you are waiting in line for the ferry, you can tell the story to your fellow passengers of how far we have come.
--
A special thanks to the following sources who were used in writing this article: BC Ferries, BC Ferries Commission, VPL Historical Photos Archive, Dave Obee, & Gary Little.

Starting on September 6th, construction of Phase 1 of the Horseshoe Bay Streetscape Revitalization project will begin. It's the first major upgrade to the Village since 1986. On Royal Avenue between Bay and Bruce, there will be new concrete sidewalks, lighting, benches, bike racks, and a bike path. District staff will be at the propeller at the intersection of Royal Avenue and Bay Street to talk about the planned work on the 21st and 22nd if you have questions.August 21st 10AM-12PM
August 22nd 4-6PM
Peak Festival | Grouse Mountain

Get to enjoy live music, beer, food and entertainment at the peak of Vancouver. Live music starts at 11AM. And if you have an annual pass to Grouse, admission is free.August 24th
The Clock | Polygon Gallery

Until September 15th you can see the incredible video piece, The Clock, by the artist Christian Marclay at the Polygon Gallery. However, on September 6th and 13th, you can watch the piece for a full twenty-four hours. The Clock is a montage of film and video footage from the past 70 years that is synchronized to actual time. We promise it will be one of the coolest video art pieces you have ever seen.September 6 & 13 | 24 hrs
Coho Festival

Celebrate the end of the wild salmon season with these annual festival at Ambleside Park. While yes you can eat barbecued salmon at the event, the celebration of salmon is much bigger than that. Visitors of all ages get to learn about the ways to protect and preserve our environment in hopes of bringing salmon back to all our North Shore rivers and streams. There's also a 14K run, live entertainment and a kids park.September 8th | 11AM-6PM 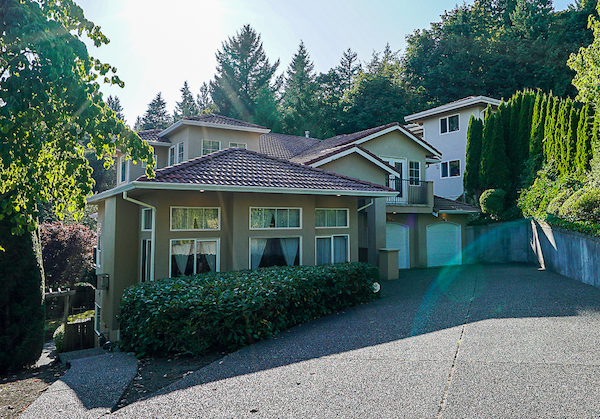 Outgrowing a home is more common than you'd think. And if you are trying to stay within Chelsea Park, finding that bigger will likely prove challenging due to the demand to live in this community.

Here you'll be at the end of a quiet cul-de-sac with Chairlift Park just behind. Spanning 5,409 square feet and seven bedrooms in total, the four bedrooms upstairs, media room, open living/dining and five bathrooms may prove enough space for your family. In which case you'll appreciate the self-contained two bedroom legal suite for additional income.

Live in the shadows of Cypress Mountain where you could be on the lift in minutes, and have an even quicker commute to Collingwood Elementary or Mulgrave School. 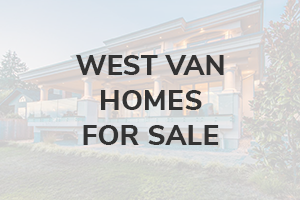 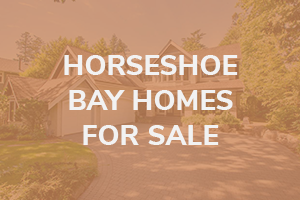 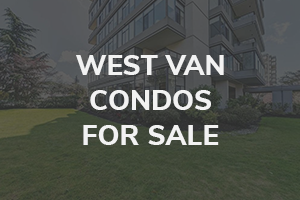 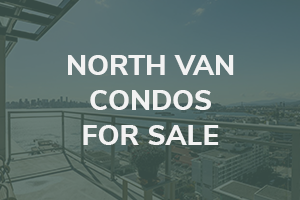 While we spend a lot of time each month on this newsletter, we spend even more creating social media posts on North Shore highlights, events and real estate. Click the links below so you don't miss a single post. 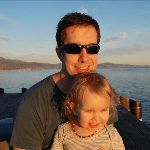 "Buying a house in the current market with the investment volumes involved is a very stressful undertaking. I can't praise Kim and Sean enough for helping me make this process easy, understandable and transparent. With their great advice and knowledge of the local real estate market we found the house we love and were able to close the sale in a timely manner and received great value on our investment. I highly recommend Kim and Sean if you are thinking about purchasing a new house!"

Learn how you can earn up to $2750 when you refer our services to friends and family.

July turned out to be the second best month of 2019 for real estate sales with the same months of inventory as we saw in the best month, May. This is a sharp reversal from the downward trend we saw in June. However, prices went down slightly. All together this shows signs of a more balanced market taking shape. Specifically in West and North Vancouver, we saw a decrease in active listings and an increase in the number of sales, which is good news for those looking to sell their home. However, keep in mind that while those numbers are rosier, prices are lower than 2018. Please contact us if you'd like specific information in your neigbourhood or where you are considering moving. 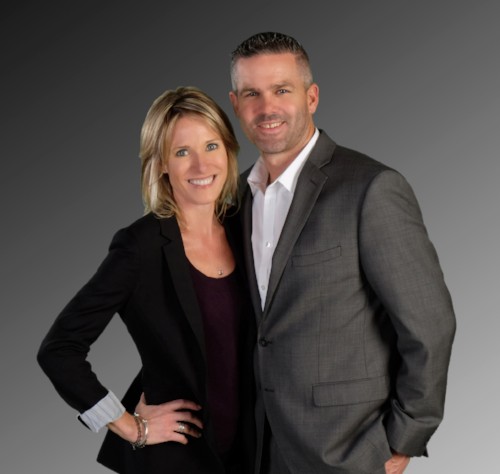 Please consider the environment before printing this email.